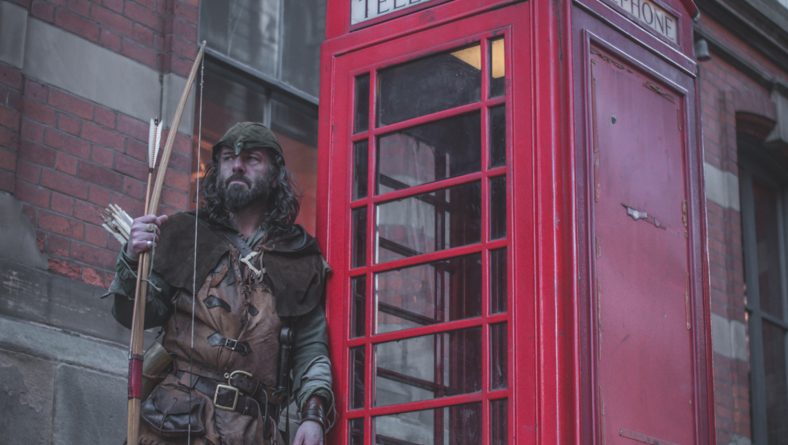 The City is a story waiting to be told and it is a reflection of the people who built the City. A historic town became an early C19th industrial slum. The Enclosure Act of 1845 saw the Lace industry boom and Nottingham become the Lace Capital of the world. As Lace went into decline in C20th it was replaced by Nottingham’s ‘Big 3’ – Boots, Raleigh and John Player’s – which carried on building the ‘Queen of the Midlands.’

With the post-war decline of the manufacturing industry, and through unsympathetic architectural redevelopment Nottingham, like many towns and cities in England, Nottingham lost its identity. Now, in C21st Britain many of the High Streets are filled with dull facades of generic shops and chains, a reflection of the consumer society in which we live. Nottingham is blessed however, with its range of architectural jewels, both old and new, which make it stand out as a City and worthy of exploring.

But there’s another side to this story, closer to home, which is less obvious and which has been rising up from the streets. Down less trodden backstreets, a mish-mash of buildings, with alterations, facelifts and extensions, tell the timeless story of the struggle of the common people working for themselves. They speak of the storms they have had to endure – the booms and slumps of the economy, the advance of technology and the whim of changing fashions and trends.

Here we find local people and artists, forced off the high streets by brands, going about their business creating, building, crafting, designing, selling, all trying to make a living from their own enterprise. This is a noble tradition stretching back centuries.

In conjunction with Nottingham BID www.itsinnottingham.com Robin Hood is running some tours to raise awareness and explore these back streets in three key areas of the City centre where the dreams of the common folk are being put into action, all breathing life into these areas with blood, sweat and tears woven into the bricks and mortar of the City. With a lick of paint and good things to sell, these people brighten up and give life to otherwise dull, disused streets and alleys.

These back street heroes offer a great service to the city serving not only the local community but visitors who come here looking for shops culture and good times that Nottingham has to offer. It’s this LOCAL that visitors are increasingly looking to seek out. Under the skin. Off the beaten track.

Join us on the back streets, in the nooks and crannies of this great City of Nottingham, and as we celebrate these unsung heroes who work just out of plain sight – the butcher, the baker, the candlestick-maker of the modern day. As we hunt for the stories these places have to tell, we’ll uncover some hidden gems of buildings, paint pictures of the past and see what local businesses, who breathe life into the City and give a sense of place in the City, have to offer.

Case Study: It was this spirit of enterprise that developed the Broadway Cinema* out of the Nottingham Film Society in the 1950’s and the Midlands Group of Artists in the late 70‘s and 80’s, when cheap spaces were available in Hockley as the Lace industry went into decline. As a focal point, Broadway really spear-headed regeneration of Hockley through the 1980’s as it became to the Bohemian quarter of Nottingham that is today. In 2015, it was voted one of the best independent High Streets in Britain, full of art, music, fashion and design by local businesses.

Similarly, there’s a real opportunity to do the same around the Malt Cross (West), a unique and iconic venue and the cracking pubs on the Derby Road up to Canning Circus (North).

Footnote: This is Nottingham so let’s put a twist on this in Robin Hood terms: This is one way to fight the good fight in a modern way. By rallying the people to shop local, we are redirecting money from the pockets of corporations and chains which dominate and generalize high streets (and also force out locals due to rates being pushed up) into the pockets of ordinary people. Also, by getting things local, you reduce your carbon footprint so you are also helping to save the planet.

‘Fight the Good Fight – Shop Local – Help Save the Planet!’